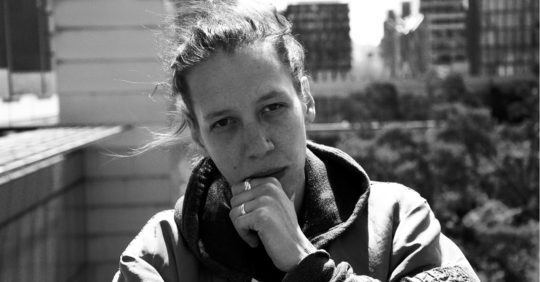 If there’s a name that the French industrial techno scene needs to be aware of in 2018, it’s the one composed of these three letters: AZF. It’s almost hard to picture the level of infatuation that developed for Audrey Carcassonne in 2017, given that her success has extended far beyond Paris. A genuine music icon, AZF has been around for quite some time. She made her debut as a bouncer during lesbian Corps Vs Machine nights at Le Pulp and Chez Moune. She went on to flourish as artistic director of Jeudi Minuit nights at La Java, high priestess of the Qui Embrouille Qui events, resident on Rinse France, unparalleled DJ…

Her talent and experience have led her to develop a large fan base that worships her as the future symbol of French techno. Now she can be seen continuously working on prestigious sets, collaborations, and gigs in various festivals and clubs such as Nuits Sonores, Montreux Jazz, Dour Festival, Concrete, Tresor and Berghain – all while retaining the underground aura that allows her to continue expressing herself in total freedom.