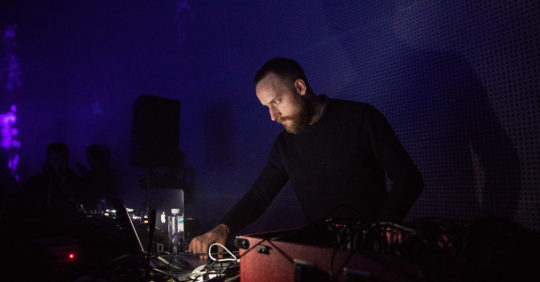 Cam Deas is a musician and sound artist based in London. His practice concerns abstract sound, polytempos, irregular tuning systems and stochastic and computer generative systems to create immersive environments of sound and music. He has presented his work internationally, performing around 300 live concerts at venues such as Cafe Oto (London), Tank & K11 (Shanghai), Jazzhouse (Copenhagen), ICA (London) and Cave12 (Geneva). He has also received a number of commissions to create new work including residencies and projects with ShanghART (Shanghai), KWM Art Centre & The Bunker (Beijing), Vooruit (Ghent), Les Ateliers Claus (Brussels) and on the island of Fano in Denmark.

His work is not subject to straightforward categorisation, with output ranging from solo acoustic guitar exploration through live electro-acoustic performance, to pure synthesis and computer generative music. In 2018 he released Time Exercises on The Death of Rave, consisting of five works for synthesiser and computer, his first release of purely electronic work. The pieces explore polytempos and relative ratios between pitch and rhythm in a dense electronic space, described as “disembodied music playing out a thrilling dramaturgy and syntax of alien dissonance and disorienting rhythmic resolution”.

His new album, Mechanosphere (The Death of Rave, 2019), continues his work exploring stochastic and generative harmony and polytempic rhythm through shared ratios of pitch and tempo, framed within a dense, immersive and abstract electronic space. It was described as “exploring solutions to the problem of grid-locked linearity, or at least perceptions of it, by effectively ripping the rug from under electronic music convention to make his music appear as though in perpetual freefall, or a process of omnidirectional contraction/expansion that never quite resolves – always the same, ever different… Cam offers an often shocking and ever fascinating grasp of electronic music’s potential to relate hard-to-communicate but intuitively felt ideas to the body and emotions. It’s a sober but incredibly wondrous sound”.