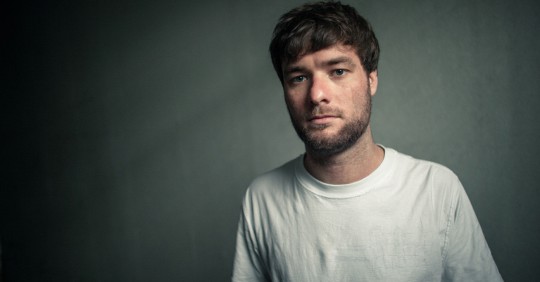 Back in the days at the west-Saxon highlands there was a missile, which marked the starting point. When Credit 00 saw the legendary rocket rise on Tetris’ final screen, it was the first time he became aware of electronic music at all. Since then it actually hasn’t changed that much. He keeps pushing those buttons that belong to the impressive pool of music machines towered up next to his bed.

After moving to Dresden in 2000 to study fine arts, his passion for synthesizers and drum machines got nurtured through visits of Dresden’s club-canalisation. He quickly made himself a name as a DJ, who is just doing his own thing and got popular for that reason. As a part of the Idealfun-crew he started hosting parties always in the twilight zone between legal and illegal. This led to “Robo Dance”, Dresden’s only and (also for some other reasons) best Electro club night featuring guests like DMX Krew, Luke Eargoogle or Imatran Voima.

For his own music he’s inspired by cannibal movies, number theory and birds. Still, his music is not easy to pigeonhole. After all, he loves Synth Wave, Electro, Afro, Kraut, Kosmische, Disco, Italo, Miami Bass and other Proto stuff – a lot of machine music.