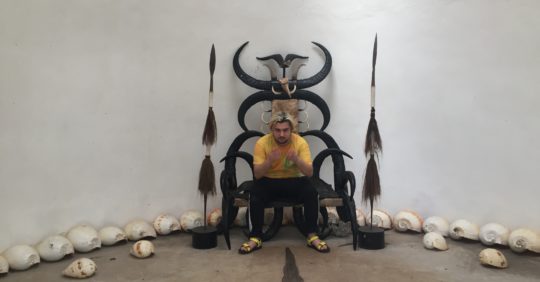 Eiger Drums Propaganda is an electronic music project led by Louis Ebola, half of The Pilotwings. Formed in collaboration with different musicians, the collective made its first appearance in 2018 with an eponymous album released on Macadam Mambo. This first opus of a yet incomplete triptych is a psychedelic and progressive ascension melting krautrock, ambient and dark experiments. The second part appeared in July 2019, this time with a more dancing and tribal approach.

This development led Louis Ebola towards the creation of a solo live set, where he offers a one-hour scenic performance. Throughout the show, he presents original compositions as well as work on the body, painting and light.