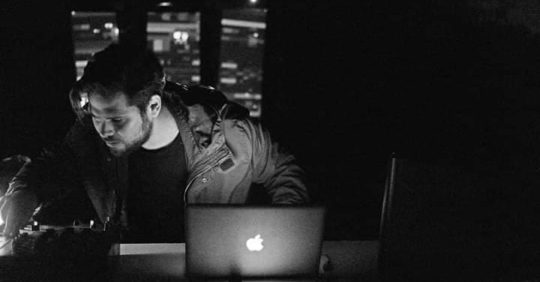 Roland Nagy is a sound engineer, ex media arts student, and producer who started his Fausto Mercier project in 2016, so far appeared on Unlog, EXILES, Kaer‘Uiks, Pointless Geometry and Genot Centre. His work in the field of electronic music production, while resonating with hardcore digital culture and bouncy rhythmic heaviness, is closely connected to his fascination for natural soundscapes and their fractal nature. In particular, the artist skillfully manages to depict a violent, tense world populated of minuscule yet grand sound variations, intertwined in a web of apparently chaotic textures.

“The FAUSTO MERCIER project could be considered as one of the most brilliant outings in the field of experimental, laptop music directly drawing inspiration from pioneering works in modern electroacoustic music.” (Paynomindtous)