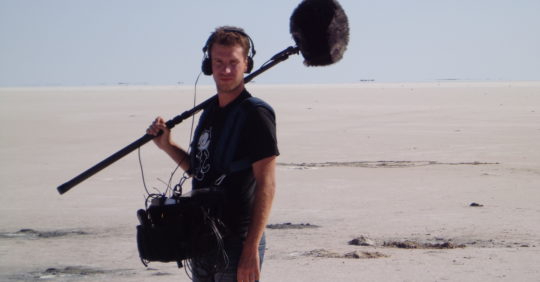 Félix Blume (France, 1984) is a sound artist and sound engineer. He currently works and lives between Mexico, Brazil and France.

He uses sound as a basic material in sound pieces, videos, actions and installations. His work is focused on listening, it invites us to a different perception of our surroundings. His process is often collaborative, working with communities, using public space as the context within which he explores and presents his works. He is interested in myths and their contemporary interpretation, in human dialogues both with inhabited natural and urban contexts, in what voices can tell beyond words.

His sound pieces have been broadcasted in radios from all over the world. He has been awarded with the “soundscape” prize for his video-piece Curupira, creature of the wood and the “Pierre Schaeffer” prize for his work Los Gritos de México at the Phonurgia Nova Awards.