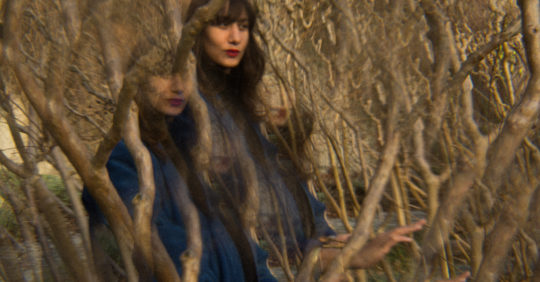 Myako is a French DJ and producer based in Paris. Her inner animal comes to life when she brings her sound into clubs. Her sets are rhythmic equations of break, Techno, UK music, Noise, in a perpetual Indus and Dancehall spirit. She has been exploring the nights of European capitals since a few years, with the likes of Tresor and About Blank in Berlin, and Concrete and Rex Club in Paris. In 2018, she participated in the “Qui Embrouille Qui” adventure alongside AZF.

As a resident at Rinse France (since 2015), she hosts the Blue Panther show twice a month. It’s her small laboratory of sound experiments of all kinds.

Her music draws inspiration from the naturalist sounds that she makes in dialogue with the rhythm of her machines. The composition work she did for GrooveBox from the sound archives of the Churuas tribe of the Quai Branly Museum is one of the illustrations of her work.

She participates in workshops, festivals and residencies around Europe and Africa dedicated to a dialogue between cultures and meetings between acoustic musicians and modular synth musicians. In 2017, Batsl Instrument in the Czech Republic invited her to create a sound piece on their modular systems during a residency. This is where she composed the EP “White Tiger” for the label Nona Record released in March 2018. On the occasion of the Phonetics Festival (Algeria, November 2018), she created a sound piece with Mika Oki, Territory and Rehab Hazgui and others. Her EPs on labels such as ComfortZone (Berlin), Fragil records (Nantes), Ronde music (Paris) are reflections of her world, dreamlike and inhabited, enchanting and disturbing. A very visual sound world that leads her to collaborate with visual artists, such as with the videographer Armand Morin or with poets like Rosalie Bribes and Ben Miller (Supernova).

Currently, she is developing a multicast live project with BassesTerres of BFDM.