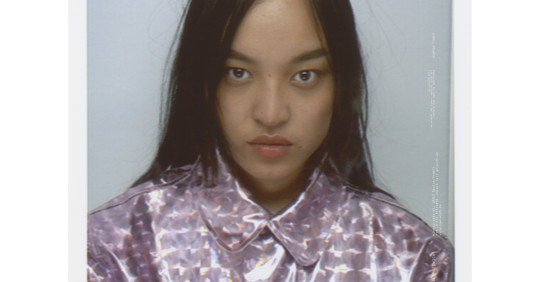 Pan Daijing is a self-taught, self-proclaimed outsider who makes music, art, and tells stories. Born and raised in Guiyang, Southwest China, she has been hiding in Berlin since 2016.

Rooted in noise music, her raw approach as a composer and performer takes many forms; primarily performance art, sound, dance and installation, hinging heavily on improvisation and acts of storytelling. Soul exposing utterances and sonic, aesthetic outbursts as a means of direct communication are the main tendons of her practice; vehicles of power and vulnerability are interwoven in her work sensorially rather than as statements.

The output is poetic and uncanny, often oscillating along paradoxical conceptual states. Having quoted her inspirations being based in film and philosophy among other things, her primary concern is communication with the witness – basing formal output on her expression rather than the opposite. A further concern is that of inner and outer spatial constructs and structures, and the reverberation between these. Far from wanting to engage the audience in an act of delivery and reception, Pan Daijing’s presence is half covered, non-stated while wholly present, powerful while restrained and subtle.

She has released an acclaimed album debut, Lack, on PAN, and her ongoing projects comprise of Fist Piece, a complex choreography of film, sound and performance premiered in Kraftwerk at Berlin Atonal, In Service Of A Song, a performative installation shown in succession at Haus der Kulturen der Welt and at Galleria Isabella Bortolozzi, and The Speaker, a collaborative aural theatre piece premiered at St. Elisabeth’s Church in Berlin.