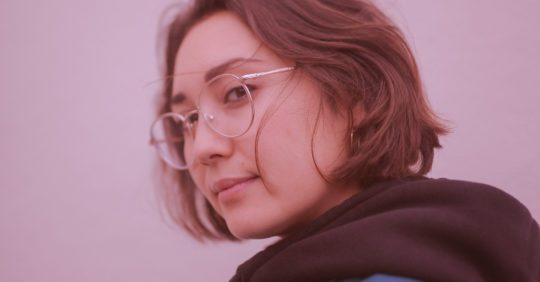 Toronto’s Peach is most frequently found on the internet radio waves, and in various raves. Now based in London, where she hosts her monthly NTS Radio show, you can find her on line-ups with artists such as Pearson Sound, Karen Gwyer and Andres, or bouncing around the dancefloor.

Her sets are creative, coherently traversing several genres. She deftly constructs elevating narratives with energy, dynamism and passion. This vibrancy is captured on her debut track, “Silky”, a fast-paced, melodic cut which was released on Intergraded – a new imprint for emerging artists launched by Midland.