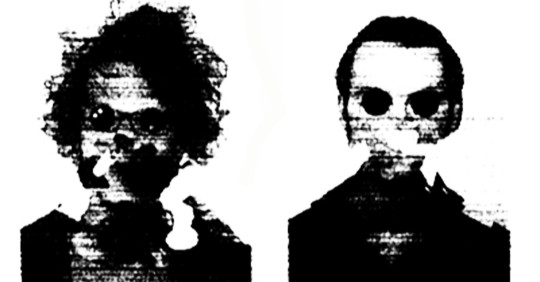 Gábor Kovács is a Budapest-based musician and visual artist. Active in a number of projects, he works with a wide range of genres and sounds, although his two main outputs are Új Bála and Céh. Új Bála merges noise, psychedelia and fringes of techno and summons the rhythmic skeletons of dance music to bring order to his backdrop of mangled synth noises. Following a couple of self-released digital releases, he published two tapes in 2016, the techno-oriented Boka on Baba Vanga and the more punk and noise-influenced “Butcher’s Tears Dry Slower Than Average One’s” via the Melbourne based Altered State Tapes. While Új Bála continually steps in and out of the club environment, Céh is more of a minimalist punk experiment, a collision of two worlds: Raymond Kiss’ visceral guitar and Gábor Kovács’ rough and rugged electronic sounds and intense vocal presence. The outcome is an amalgam of noise rock, industrial punk and delightfully crude drum programming. The band’s debut “Youth is Impossible” was released in 2015 by the Hungarian art collective Brain Fatigue.

Gábor Kovács is a Budapest-based musician and visual artist. Active…