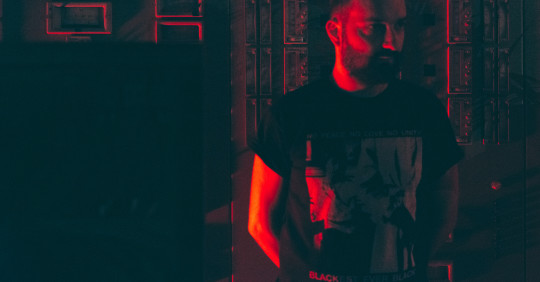 Adopting the December alias for his debut 12” on Blackest Ever Black, the Parisian wizard Tomas More found a perfect fit for his slow and moody techno cuts. Fast forward a few years and More has released recordings across a variety of labels, each record seeming to naturally follow on from the last. His signature noise driven, EBM influenced club tracks are becoming more and more fierce, an Exponential Growth as his latest EP for Jealous God might assume. Much of December’s music manages to make the most out of minimal drum patterns, part nod to primitive early 80s industrial and part testament to his ability to craft dance music that is always interesting yet often intrinsically simplistic. December has recently been focusing on utilising his own voice and adding another layer to his sound in the process, a new direction which he will debut on an upcoming 12” for Helena Hauff’s Return to Disorder imprint and an LP later in the year. December’s DJ mixes are equally inspired, joining the dots between punk electronics, wave, new beat, techno and industrial with relative ease. He is available for both live PA and DJ set performances, as well as a new live A/V in collaboration with French artist Laura Gozlan.

Adopting the December alias for his debut 12” on Blackest…