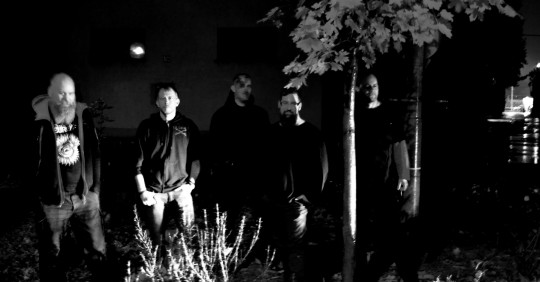 It is difficult to find the right categories for the activity of Entrópia Architektúra. It was called industrial, ritual rock, experimental, even paramental. This way of categorization recalls Schrödinger’s cat, since the result of the categorization depends on the process of the categorization itself. Our band is independent and is looking for its own way of expression. We are using the words and the standards of different musical styles only as occasional tools. The band was formed 16 years ago related to a stylistic experiment: we planned a spontaneous and improvised performance based on the registration of the sounds and noises of the renovation works of a hotel (Hotel Royal) in Budapest. Many musicians have played in the band over the years. Our interest gradually turned from improvisation towards the variations of pulsing structures. In our music we are building up sometimes hard and sometimes sensible musical structures based on beat, rhythm and melody created by metals, industrial waste and electronic devices. Fundamentally we are trying to open the door to a different, more complex reality by using ritual, archaic, maybe even prehuman sounds. In this context even the human voice works as a musical instrument.