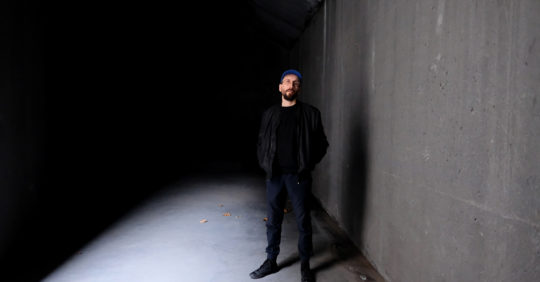 Based in Porto, Portugal, Jonathan Saldanha has been a pivotal figure in the Portuguese scene, both for exploratory music and performance. He founded SOOPA a music and art collective active in Porto since 1998 and directs the ensemble HHY & The Macumbas since its debut in 2009. He works as a sonic and scenic constructor, within the interception of sound, gesture, voice, stage and film, operating elements of pre-language, resonant choirs, cyclic percussion, cybernetic systems, unfathomable presence, pressure, haptic memory, allopoiesis, echo and intra-cranial-dub.

Saldanha is co-founder of SILORUMOR and TERROR labels as well as of the band FUJAKO.