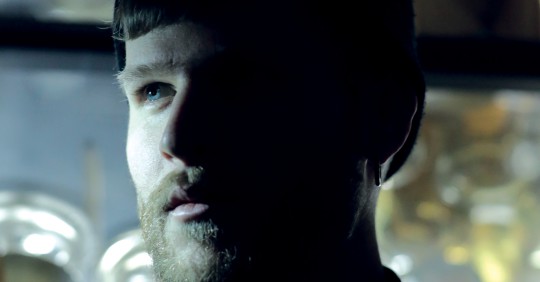 Ketev is a project by Yair Elazar Glotman, a musician and sound artist focusing on experimental electroacoustic composition, sound installations, and sculptures.

A post-techno project made by phasing patterns from reel-to-reel tape loops that are manipulated by 4-track cassette decks, Ketev creates roaring textures above slowly shifting rhythmic mantras. The artist’s self-titled debut release on Opal Tapes in 2014, described as “picking up where the darkest records by Andy Stott and Sam Kerridge left off” (Boomkat), was well-received, and quickly followed-up by a second release, Singular Stare, on the UK label Where to now?.

Instantly noticeable in Ketev’s music is his willingness to dig into slower tempos and murkier territories than many of his post-techno contemporaries, a deliberate heaviness that through lengthy, patiently-built tracks becomes totally immersive.

“…the music of Ketev stands out thanks to the artist’s use of dense yet delicate textures among the glacial rhythms, jet black atmosphere and haunting traces of melody. The accomplished result is something as meditative as it is challenging.” (Juno Plus)

KETEV is a project by Yair Elazar Glotman, a musician…

Listen to our inaugural Resonance FM podcast, which will present…