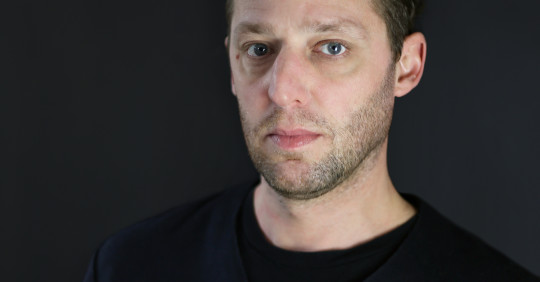 Mike Rijnierse (1974) is a Dutch artist, performer and educator working in the fields of light, sound and architecture. He is intrigued by sensory experience, whether visual, acoustic, spatial, or cross-sense and synesthesia, creating installations, performances, public interventions, often collaborating with other disciplines. For over a decade Rijnierse has developed a meticulous study on the interaction between light, pigment and the retina. He gave concrete form to his discoveries in installations, projections and light designs with CYMRGB, Lumokinese, and CUBE, which have been widely exhibited in Europe and abroad. His most recent installation RELIEF, based on the principle of echolocation by means of ultrasound, premiered in Novas Frequencias Festival 2016, in Rio de Janeiro. Furthermore Mike Rijnierse is known by his monumental sound installations in public space, such as THX: INT’L (landing strip) (TodaysArt 2007), Station to Station (TodaysArt 2008), KLOK (TodaysArt 2015), 5,4,3,2,1…Lift-Off  (TodaysArt 2015).

Mike Rijnierse (1974) is a Dutch artist, performer and educator…