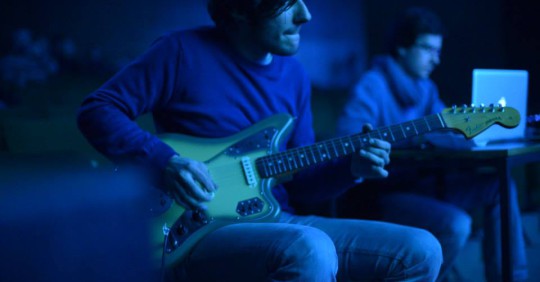 Peoplemeter is an expanded cinema performance created by video artist Incredible Bob and WoO, an experimental guitarist and sound artist.

Robots, living in a post digital world of signals, frequencies, oscillations and other media junk are protagonists in this immersive performance structured with lasers, LED stripes and lights. WoO’s guitar and effects are joined by Bob’s live electronic music. Peoplemeter premiered at MUTEK Festival 2013, and was shown in Mexico City in an IMAX cinema.

Incredible Bob is born in the late seventies in a country that doesn’t exist anymore. Bob walks a thin line between glitch art and show business. No matter what, Bob will continue to search for an answer to the question: What’s new in new media?