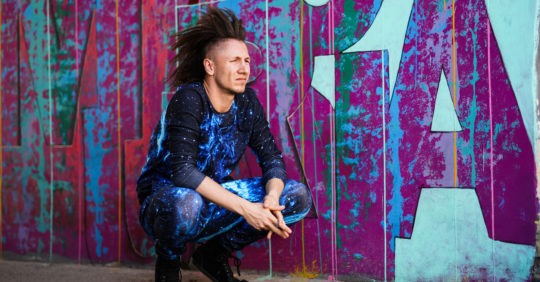 Zbigniew Chojnacki is an accordion/live electronics player and improviser whose music is striking and highly unconventional. The most important aspect of his work is dialogue and encounters with other people. He takes any form that emits a sound and uses it to make contact with people, being inspired by elements that are not often directly related to music. As he says, “an old washing machine, a blade of grass, the sound of the engine of the bus, or even a chair in the middle of a stage can be inspiring. Every concert is completely different. The only constant element is the instrument.’’

He has performed at such important festivals as A L&#39;Arme! Festival in Berlin, the Sharpe Festival in Bratislava, the LEM Festival in Barcelona, the Ring Ring Festival in Belgrade, the PIF Accordion Festival in Castelfidardo and the Oct Loft Jazz Festival in Shenzhen. Despite his young age, he has already worked with many distinguished musicians on the improvised music scene, among others, Joelle Leandre, TOC, Marcin Albert Steczkowski, Anna Gadt. Krzysztof Gradziuk, David Kollar, Ramon Prats, Yuhan Su and John Derek Bishop. Chojnacki also co- created the highly original BACKSPACE project with Łukasz Czekała (electronic violin/live electronics), which meets, grows and creates music, which he says can be best described as “improvised contemporary music’’.