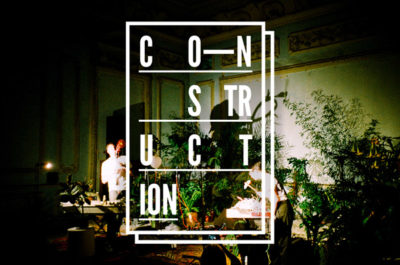 «Construction» is a festival of new media and audiovisual art in urban space. The project appeals to the physical and perceived image of city Dnipro, discovering a new vision of its peculiarities and raising attention to our commons: space, responsibility and future.

The festival combines topics of urban planning, social and cultural development, and creative needs of people living in post-industrial and post-soviet cities. During the festival week, symbolic places and public spaces of Dnipro will host a number of events. Thus, it becomes possible to draw public attention to the outstanding buildings and forgotten spaces of the city, which form its historical and modern image, to renovate their role in the memory and to have a new look at their value.

Since 2014, Kultura Medialna has focused on contemporary art regarding it as a medium for the development of communities.  We were choosing projects which could help to discover new ties, capacities, and energy for action. In this way, Construction Festival was developed to highlight valuable locations of Dnipro, new opportunities for culture, and creative people.

The festival unites the community of 40-60 artists annually. Construction is about the dream and new reality, which we create in the cultural space of the city for one week every year. We show another life of the philharmonic, library, planetarium, aquarium, island, museum, abandoned palace of culture, or former factory. Our artists come to a public space to provocate, call for dialogue, express freely, and proclaim social needs.