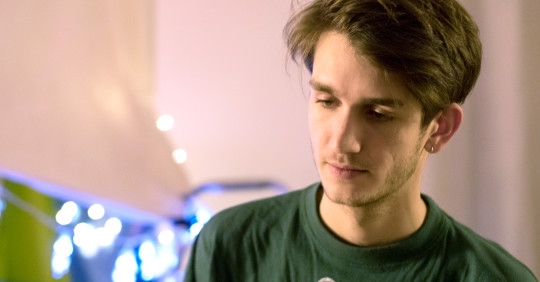 Máté Janky is a Budapest-based musician and visual artist. Having been involved in various different projects since his first release in 2011, his musical language has become eclectic, drawing inspiration from a wide range of sources. Alley Catss merges ambient and abstract sonic ideas with fragments of dance music, such as techno, jungle and juke, and tries to contextualize the outcome within the worlds and phenomena of virtuality and digital spaces. In his live sets, improvisation, rawness and randomness alike play a great role, always creating something new for each set. Along with a number of self-released digital mixtapes, his last LP ℶ was published in 2016 on Belgian netlabel Midlife, followed by a split with Parisian artist Bintahaha on Máté’s own label – a tape label called Daddypower Records, with a focus on experimental internet music and connections between seemingly distant musical worlds & sonic explorations.

Listen to a new SHAPE mix by Hungarian electronic music…