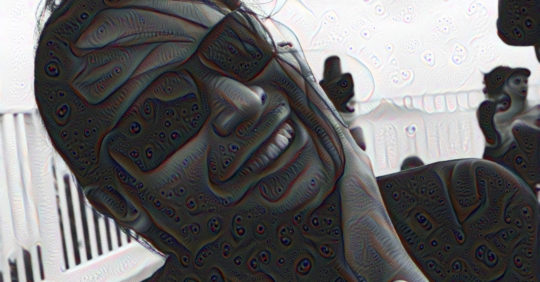 For over a decade, this Venezuelan now long-time based in Belgium, has been creating psychedelic electronic sound by juxtaposing digital and analog sources. Using repetitive melodies and rhythms combined with dissonant sounds, BBLL wishes to induce a multilayered trance that allows solemn listening as well as ecstatic dancing in a mental space where the archaic meets the futuristic, where the earthly meets the cosmic. His live performances have attracted many music fans from different horizons, allowing him to play in varied contexts ranging from strictly experimental music festivals like Échos in the valleys of Le Saix, to open-minded night-clubs such as Salon des Amateurs in Düsseldorf or Contact Club in Tokyo and everything in between. As an active musician in Belgium’s experimental underground he has also been part of numerous free music outfits including the late Silvester Anfang/Sylvester Anfang II and is currently active with the electronic duo Tav Exotic amongst other projects. With releases on different labels such as Kraak, Ekster, Lullabies for Insomniacs and BAKK to mention only a few, his most recent material has been released on the Rush Hour affiliated No Label series.

Gamma Festival, the large-scale Russian event for music and modern…