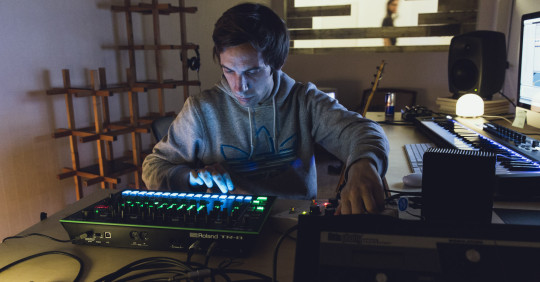 … were you madly in love with something and immediately knew it’s going to last forever? “How long is forever? Sometimes just one second.” Hailing from the sleepy town of Logatec, Slovenia, this is exactly what happened to Christian in the summer of 2008, while hanging at some drum and bass party, with no idea he was about to enter an unexplored pathway. The pathway is not so unexplored anymore. In 2013, Christian surprised the Slovenian music scene with his original approach to dark ambient music while he was performing on the Radio Študent’s Club Marathon tour. Since then, he’s proved his skills and innovation as a participant of the Red Bull Music Academy, performing on different stages (like Sónar in Barcelona or EMAF in Tokyo). He is currently working on new experimental, ambient music but also keeping an eye on house and techno, making appearances on the legendary R&S records and Fabric 90 mix with his alter ego, Alleged Witches.

Listen to a new mix by SHAPE artist Christian Kroupa…

Hailing from the sleepy town of Logatec, Slovenia, Christian Kroupa…