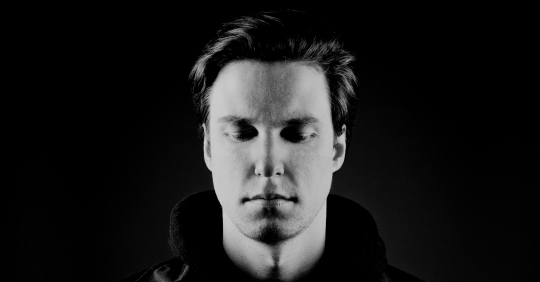 In the last couple of years, Paul Régimbeau a.k.a. Mondkopf has released his The Nicest Way EP (Perc Trax) and performed memorably as a DJ in clubs like Berghain and Corsica Studios. Also getting on his own terms and starting his own imprint In Paradisum with Guillaume Heuguet, he has united a team of artists all pretty much standing apart in the French scene and led by the same restlessness and ideals. The operation quickly connected to a flourishing international scene of forward-thinking techno and house, and is now allowing him to express his musical goals further, and on to release the cathartic album Hadès.

Extreme Precautions is the latest accomplishment from Régimbeau, who likes deep contrasts as much as nuance, and who allows himself to develop radical techno sounds as well as dark melodies with a cinematographic dimension. Extreme Precautions is somewhat of a startling turn, influenced as much by the grind of metal and aesthetics of crust as it has been the electronic flourishes that propel his career so far. Recorded in just one week, it was a chance to try something different, and to add harshness to his sound. “After finishing Hadès, I was thinking of doing a techno EP. But I was mostly listening to Brutal Truth, Assuck, Napalm Death and Pig Destroyer at that time, so grindcore got me carried away and I went blast beat. This was a blast indeed – I did this record in a week total, a big release for me.” A series of brief, intense and untitled material, the record is relentless and wears its inspirations on its sleeve.

Check out SHAPE artist Mondkopf‘s guest mix for our partner…

Based in Toulouse, Southern France, Les Siestes Électroniques is a summer…

To go with the announcement of Mondkopf‘s participation in the…

To celebrate Paul Régimbeau‘s participation in the SHAPE showcase at…

MeetFactory, an arts space in Prague’s post-industrial area of Smíchov, is a modern multidisciplinary cultural hotspot.