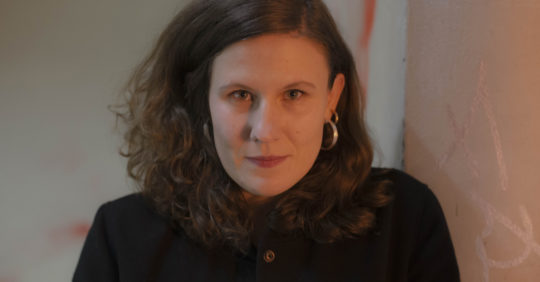 Justyna Banaszczyk, aka FOQL, is an experimental electronic and dance music artist, author of radio dramas, film scores and video game soundtracks. Her tracks bring to mind IDM and industrial, but their most distinctive features are complex rhythms and often harsh sounds, which constantly explore and contradict the artist’s musical identity – a trait that is reflected in her largely improvised live performances. FOQL is also the co-founder of Mother Earth’s Doom Vibes, a noise duo with performer and sound artist Edka Jarząb.  In 2020, her collaborative album recorded with Fischerle will be released by Paralaxe Editions. Justyna occasionally reaches for vinyl and four-track tape recorders to create sound collages and mixtapes under the moniker Głupiec (meaning “fool”). She was a very active member of Oramics (2017–19), a collective aiming to promote equality and engage in educational activities on the electronic and club scene. The group scored a major success with the release of a charity compilation called Total Solidarity, which received media coverage around the world.

Justyna co-runs the cassette-only label Pointless Geometry, which releases experimental electronic music. She is also involved in Radio Kapitał, the first community radio in Poland. She is also a resident on the Bristol-based Noods community radio. Her philosophy is all about building local scenes in opposition to corrupt ones, blown out of proportion by capital and profits, and gradually appropriated by major brands.

Justyna Banaszczyk, aka FOQL, is an experimental electronic and dance…