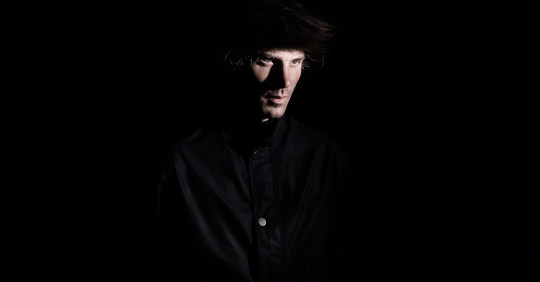 When Jackson emerged from the lingering disco after-smoke of the ‘French Touch’ scene that nurtured Daft Punk and Phoenix among others, Paris and the rest of the world was changing. Slowly and methodically, strands of music were moving from warehouse raves into the global mainstream and at the time of his debut Smash, in 2005, he and his Computer Band embodied the bleeding edge of this transition. Shredding the filtered funk of his Parisian forebears and soldering the remains into an insane carriage of orchestral bombast, red-lined techno and gothic hip-hop, Jackson & His Computer Band had brought a sense of the post-millennial baroque to the rave.

In 2015, Jackson returned with a new artistic proposal: VISIONS

Subtitled ‘New Machines New Music New Show’ the project from Jackson and His Computer Band started at the French Institute for Music/Acoustic Research and Coordination (IRCAM / Centre George Pompidou). The debut of Jackson’s new performance, based on waves and energy flow, took place in the main acoustic hall during the IRCAM Live event on November 20, 2014. In 2015, Jackson played all over Europe as a DJ and performer. In 2016 he supported the RATATAT tour in the United States. At the end of 2015, Jackson took up a residency at the prestigious “Villa Medicis” in Rome in order to create a new project based on a personal interpretation of the traditional Lyric opera.

When Jackson emerged from the lingering disco after-smoke of the…