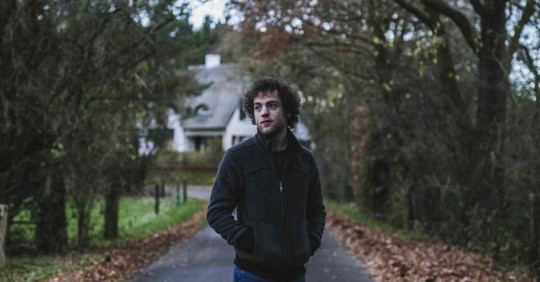 Julien Mier is a young composer and producer from the Netherlands, known for his eclectic and washed out collision of musical genres. His signature is this width approach of fragmented melodies, packed in a palette of, sometimes almost waterfall kind of textures and dreamy, melancholic stories. Julien, born in Eindhoven in 1989, is an autonomous composer, producer and interested in interactive installation with cross media purposes. He grew up in the peaceful village Santpoort, near the dunes and the sea, his imagination grew up as well because of the organic feel of nature. After failing to play guitar and piano (because the teachers got frustrated that Julien was only improvising and not playing the pieces) he got attracted in computer software that could put down short “samples” of sound together. His interest in making his own soundscapes and stories in sound attracted him into this wide, new world.

After high school Julien started to experiment with his own music and got interested in the combination between art and technology. It was the logical choice to study at the School of Music & Technology in Hilversum. After getting in and having done audition he found a treasure of valuable information that triggered his ambition to create music that stimulated a high imagery and visualization.

Early 2015, on 21 January Julien put out his first album called Out Of The Cloud, which is a full circle of returning to nature and felt like a conclusion in this part of his journey.

Stream this new SHAPE mix by Netherlands-based composer and producer…

The composer and producer Julien Mier (born 1989 in the…