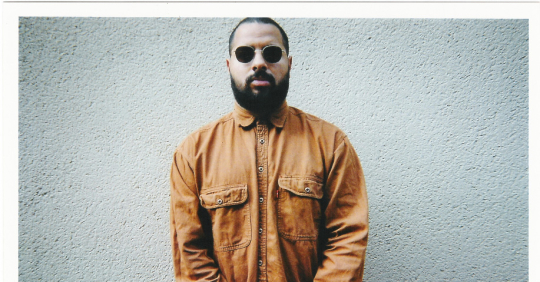 After the success of a series of club-oriented EPs on GTC Music, Delsin and In Paradisum, Parisian artist Low Jack released early this year the Garifuna Variations LP on L.I.E.S., emphasizing the secret link between tribal sounds and industrial music.

These inspirations are key to his DJ sets, which demonstrate a very personal way to conjure states of hypnosis and sexual tension. With a new live set of head-banging techno covering the whole tempo spectrum from slow-mo to ultrafast, and conveying elements of a sonic approach close to power electronics, Low Jack is already in motion for the next step with the Imaginary Boogie EP released in October 2014 on The Trilogy Tapes and Sewing Machine, and an original album of techno on In Paradisum set for a release date on 18th May 2015.

Heres’ how fellow producer Karen Gwyer recently described Low Jack in an interview for The Quietus: ” My music doesn’t sound anything like that, but if I told you that’s who’s really influential. Like if someone said to me, draw a picture of Low Jack, draw a really expressionist cartoon of Low Jack, it would really be how Low Jack sounds.”