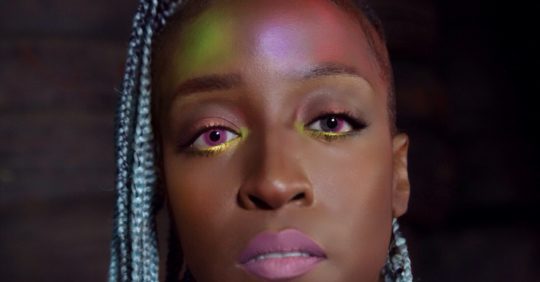 Moesha 13, who is already an underground icon, sings, performs, DJs and produces a unique blend of French rap and hardcore with an unmistakable sunny southern French touch. Most of her productions draw from reggaeton and dancehall underneath light-filled French vocals drenched in autotune. Moesha 13 has undeniably strong ties to hybrid club cultures surfing between gadjicore, Atlanta hip hop, gabber and even some trash metal when DJ-ing. She also fux with football jerseys, flashy Yamahas and post-internet aesthetics. She sets a decolonialist and feminist stage for a soundscape filled with hybrid individuals who choose where they belong during a performance or a night. She has just signed her first album with Nyege Nyege Tapes and has been on an artist residency in Uganda to create this project. She played the 2019 edition of the festival, and she’s also got EPs in collaboration with Bonaventure, Eslabrava, Sebastien Forrester.