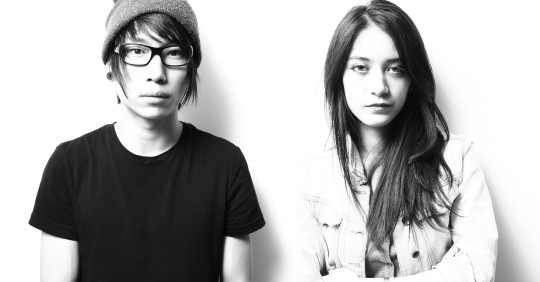 NONOTAK studio is a collaboration between the illustrator Noemi Schipfer and the architect musician Takami Nakamoto. Commissioned by the Architect Bigoni-Mortemard to create a mural in the lobby of a public housing building in Paris, NONOTAK was created in late 2011.

In early 2013, they start to work on light and sound installations, creating an ethereal, immersive and dreamlike environment meant to envelope the viewer, capitalising on Takami Nakamoto’s approach of space & sound, and Noemi Schipfer’s experience in kinetic visuals. They presented their first audiovisual installation at the Mapping Festival in May 2013. In summer 2013, NONOTAK come up with a performance, Late Speculation, where they are the creators and contents of the project.