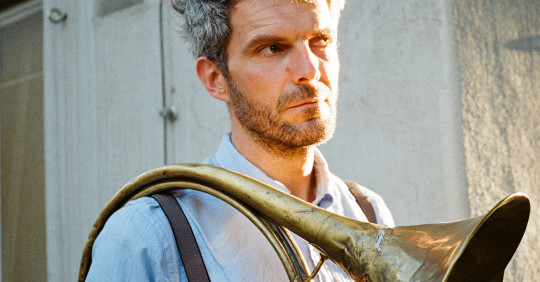 Stefan Fraunberger is a composer and sound-performer with a distinct interest in transformation. Engaging in an electro-acoustic dialogue with unconventional instruments such as dulcimers or decaying baroque church organs, his music reshapes the liminal conditions of culture & perception, while evoking images of sonic ambiguity.

Interested in the recontextualization of archetypal musical architectures and the shaping of fluid sonic sculptures, Fraunberger aims to translocate the polarities of difference. His compositions and performances work their way through permutating realms capturing otherwordly fragments and bewilderment. The possibilities of relations and presence are the basic ingredients for his non-linear approach.

The study of different languages, traditions, modernities and experimental electronic music influences works intermediating the fields of sound art, vocal and instrumental compositions, film and writing. He has performed at European and Middle Eastern festivals and released music on various international labels. Having lived and worked in cities as Aleppo, Sana’a, London, Tehran, Sibiu, Benares, Brussels and Istanbul he is now based in Vienna.

His work has been described as “poetic conceptualism”, “horizons off the beaten track” and “aural narratives don’t come more stunning”. He recently premiered the commissioned work “barzakh – hearafter/inbetween” for electromagnetic santur (dulcimer) and selected fieldrecordings at Donaufestival, Krems and is currently working on his upcoming release “quellgeister #3” alongside a few other works concerning the hereafter.

Listen to a special Resonance FM broadcast on Austrian sound…

Stefan Fraunberger is a composer and sound performer with a…