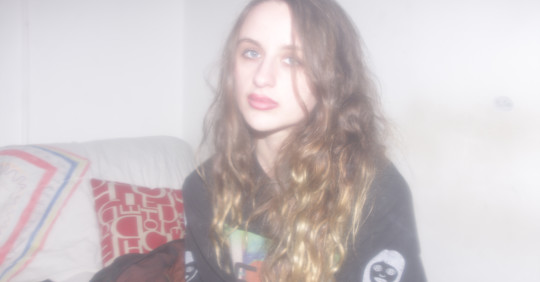 Swan Meat is a record producer and DJ from Washington, D.C. based in Cologne, Germany.  Since breaking onto the scene in early 2017 with her debut EP, BOUNTY (Permalnk), a tribute to classic Metroid games, she has carved out her own niche in the underground, perfecting a sound in which sweeping string arrangements, 8-bit synth melodies, and gigantic techno kicks meet in a weird and eerie whorl. In the past three years she’s released myriad singles and remixes, as well as three EPs:  TAME (Bala Club), her second solo release, Knife Splits Ice, a collaborative tape with Yoshitaka Hikawa, and, most recently, FLESHWORLD (Infinite Machine), which Resident Advisor called “a dizzying sequence of references and samples programmed to shock and awe.” A follow up is due this Fall, and in the past year she has released a slew of singles, remixes, and DJ mixes. A resident DJ on London’s Rinse FM station and Germany’s dublab outlet, as well as one-half of the production duo House of Suns with DJ Heroin, the producer has proven herself versatile and ever-evolving, touring the world with her maximalist live set.

Listen to SHAPE artist Swan Meat play a set at…