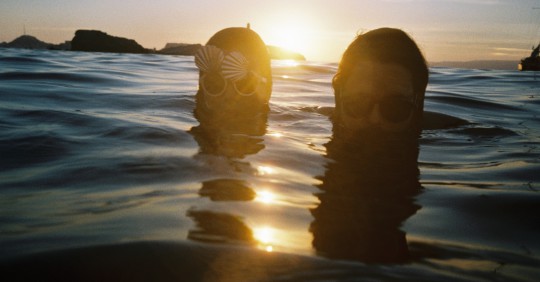 While the Antinote label has gained notice for its roster of leftfield house, acid, and lo-fi electronics, Syracuse has served as a palate-cleanser of sorts. A Parisian duo that go by Antoine and Isabelle, theirs was the label’s second release and it offered woozy yet charming synth-pop. Syracuse is obsessed with the kind of gentle space-age psychedelia that wafted through the ’60s, as the breezy strum of last year’s Michelangelo Antonioni-repping single, “Lovventura”, made evident.

The duo picked a telling acronym for their debut album, Liquid Silver Dream, but instead of staying in the ’60s, its sound skips forward a few decades with touches of cosmic disco, early electro, and Italo. A beating 808, an acid SH-101, plenty of synths and some love chants are a few of the impressive elements of Syracuse’s intense and sweaty show.