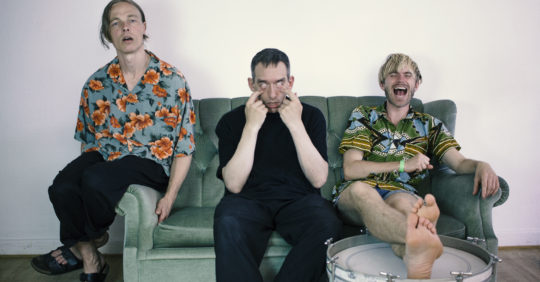 Vanligt Folk usually shares presence and effect and in general, they fancy regression rather than stupidity or such ideals analog to growth. Musicwise, Vanligt folk likes old and new music and are inspired by good and bad events. Vanligt folk is playing on drums, machines, (primarily) backtracks, and vocals. Since their first release in 2013, they’ve released 4 full-length albums (iDEAL recordings, Kontra Musik, Kess Kill) and a handful of EP’s. Their last release, Black Friday Hele Uka (BFHU), was released by iDEAL and was said to be “a stressed and emotional thing”! Rational like a child and with a medieval resolution-thinking. This unhoney-baby, unhappy with ever being born, but while awake, vomiting and scatting popular music over the sick-spreaders’ heads (moms n dads). Not just for the basic fact that it’s fun but also for inaccessible remission.