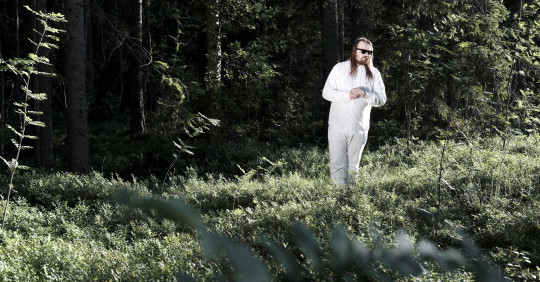 Under the moniker of Varg, Jonas Rönnberg runs a cunning operation.

Covert transmissions, alongside penetrating statements from techno’s core, are stacked adjacent to self-assertive live performances with an agility and depth of focus rarely summoned so instinctively. With a still-rising presence, Rönnberg makes sense of the decadent overdose privy to underground musics at this time. And producing work on his own prolific schedule, his barely-controlled chaos isn’t stopping to check that you’ve noticed. Tempering a caustic rhythmic sensibility with a pneumatic palette for high definition synthesis, Rönnberg’s unique embrace of risk tests the reliability of the forms he works in as well as the genre borders he surveys. His crucial techno releases on Semantica Records are a beacon amongst his engulfing ambient side projects such as D.Å.R.F.D.H.S., not to mention the persistent after-image of his black metal roots. Presiding over Stockholm’s Northern Electronics label with Abdulla Rashim, Rönnberg casts a cryptic shadow from the North over contemporary aesthetic platforms in club musics as well as the long arc of experimental music practices. The latter is best understood in terms of the collaborative pact with Copenhagen’s Posh Isolation, which has most notably given rise to Body Sculptures, a group that brings Rönnberg together with Loke Rahbek, Puce Mary, and other unique voices in European electronic music today.

It takes a vandal’s logic of intuition to make this work, let alone make it this thrilling. But if you can break into the penthouse, you may as well stay and coerce the havoc with a bottle of someone else’s champagne in hand. And, yes, you should be suspicious of what you know you haven’t seen—it’s obviously intimidating.

In this episode of SHAPE  platform’s monthly show on Resonance…