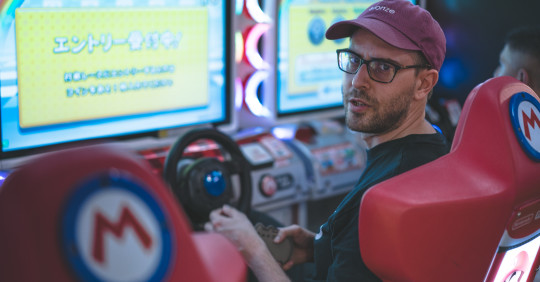 Since breaking through with 2014’s critically-acclaimed debut album, Pixel Wave Embrace, Yamaneko has been one of the key electronic artists combining club music with ambient aesthetics – with a sound equally inspired by grime, new age ambient, video game OSTs and techno. Despite being his first release, Pixel Wave Embrace was acclaimed and influential and is often referred to as a cult classic – praised highly by Dummy, Dazed, Resident Advisor, FACT, Tiny Mixtapes, Juno Plus and Fader, and played in sets by Objekt, Kassem Mosse, Peverelist, Mr. Mitch, Logos and Mumdance, who referred to the album as his favourite LP of 2014.

Since the album’s release, Yamaneko has performed twice on Boiler Room, contributed mixes to Dazed and The Fader, hosted sporadic shows on NTS and Rinse FM, has launched a monthly Radar Radio show, Fragrance Transmissions, and is a resident DJ at New Atlantis. His second album, 2016’s Project Nautilus, was a darker, less inviting album but equally acclaimed – in Resident Advisor’s words, a series of “singular soundscapes from unexpected sources.”

Yamaneko has also released three well-received experimental ambient albums and an exclusive mix of his own productions for Truants under the alias Talbot Fade, and is one half of Yaroze Dream Suite with Mr. Mitch. Yamaneko’s third and most recent album, Spa Commissions expanded on his ambient beginnings and was based on environmental music originally composed for a spa in Europe. He will be debuting his live set in 2018.