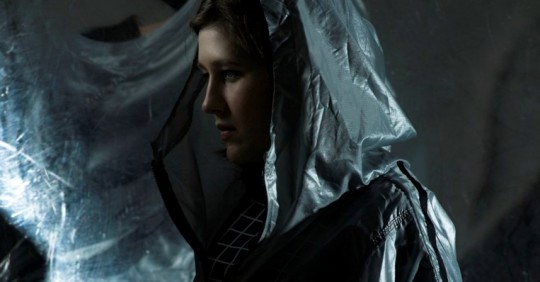 Zamilska is a newcomer to the music scene. Her debut album UNTUNE released may 26th 2014 did not disappoint those who hailed Zamilska the sensation of the year on the strength of her first single Quarrel. Live shows, which Zamilska is particularly passionate about, burst vibrant energy, exude monstrous bass and powerful fat beats working the audience into a frenzy. UNTUNE despite its’ heavier nature instantly gained recognition among critics and even more importantly stuck chord with a wider-than-expected audience.

Recently defending a diploma in Social and Cultural Animation at the University of Silesia, Zamilska’s creative forms also spill into a knack for visual collage-ing; she complements many of her audio releases with a variably self-designed collection of professional looking music videos. Zamilska has coordinated numerous concerts at the Gray Zone Foundation for Audiovisual Culture in her former home of Cieszyn, and led MIDI and electronic music workshops within the local Academy AV. As further testament to her taste for integrating audio and visual, she has also produced music for animations and short films.

We proudly present You this SHAPE mix, made for NTS…