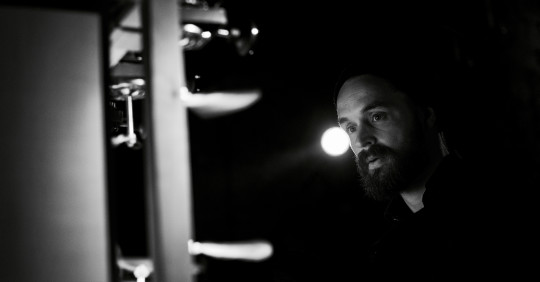 Andreas Trobollowitsch is a Vienna-based musician, composer and sound artist. He works extensively in the fields of electroacoustic composition and improvisation, and has composed for dance, theatre, film and radio.

Based on rotation, vibration and feedback systems he uses mainly modified everyday objects, prepared fans and string instruments. Recently he has been focusing primarily on conceptual compositions, sound installations and self-developed musical instruments. Interested in dichotomy of the intellectual and the physical he includes visual aspects, spatiality, movement, and the way that they relate to sound.

He has performed and exhibited at European, Asian, North, Central and South American venues and festivals. CD and DVD-releases on “schraum” (Berlin), “Monotype records” (Warsaw) and “Filmarchiv Austria” (Vienna). His critically acclaimed debut solo album “ROHA” was released by the Portuguese record label “cronica records” in 2016.

MoTA is a museum without physical space. Its programmes are…

Curious about our sonic expedition to Rio? Tune in to…