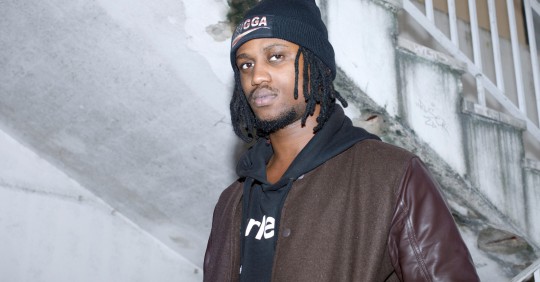 Still in his early 20s, Rogério Brandão aka DJ Nigga Fox has already played in all sorts of the greater Lisbon clubs, while discreetly refining his own productions. On his magnificent debut O Meu Estilo 12″ released in 2013 on Príncipe Discos, he presented the world with parts of his unbelievably vast palette. As the title implies, there’s nothing quite like this, even in Lisbon’s ever more productive and creative beat-based music. He’s taken all sorts of lessons from local producers, as well as from the tracks coming in from Luanda, and has created his own unnameable hybrid, informed by kuduro, afro-house, Angolan deep, tarraxinha, batida, and created some of the dopest, freshest music we’ve heard in years.

As music critic Philip Sherburne aptly put it, ‘Fox’s mastery of timbre brings to mind Shackleton and Ricardo Villalobos, which presents an interesting twist in the usual narrative: Where they look to Africa for inspiration, Fox warps far-out European club music to Angolan specifications.’

Still in his early 20s, Rogério Brandão aka DJ Nigga…