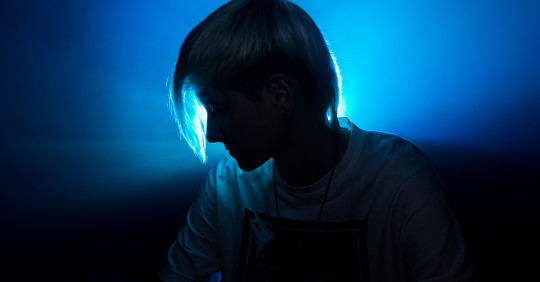 Nina Hudej is a music producer & DJ, primarily active as a producer & live performer with Warrego Valles, an electronic duo collaboration with musician & vocalist NinaBelle. Warrego Valles are producing exploratory electronic music with clear background in dark dance floor aesthetics and subtle dashes of activist poetics, who have in 2017 already made quite a stir in local Slovene electronic music scene, within their audience, among colleagues and in the media. Their first EP Location Off was released in February 2017 and their debut full-length album, Botox, is forthcoming in late February 2018 at Kamizdat. Nina Hudej is also a music director, event manager & janitor in Ljubljana’s clubs Pritličje and club Monokel.

Besides some foreign releases in the last decade and being spotted by the Vibe Magazine as one of the top 12 women techno producers, she released her first solo album, Disclaimer Null , with a Slovenian independent record label Kamizdat at the end of 2015. Perhaps there is no way to grasp the essence of electronic journey on this album if its context of the dance floor is removed. This however does not mean that Nina Hudej’s exploration of organised sound does not move, well, dances away from the dance floor formula. Her work is from the outset already far removed from the happy-go-lucky fun-seeking function of club night world as it seeks the conjunction of the physical and the intuitive whatever the outcome. A dance floor realm within the physical, social, affective bodies where the intuitive, spiritual and the empirical, material collide in a constructive intensity.

Listen to a mix by DJ NinaBelle (Warrego Valles), created…