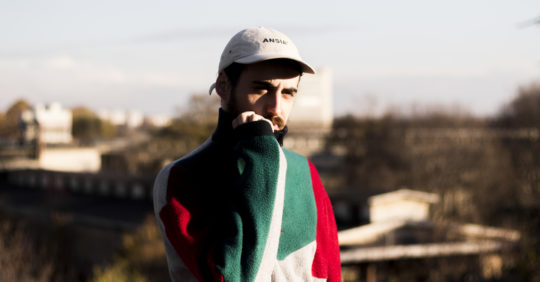 With his own label, Ansia, established in 2017, he focuses on releasing energetic dancefloor tools set apart by a distinctly humorous approach to composition and sound design. Currently on its 4th release, the label has become a cult favourite amongst some of the worlds most exciting DJs, with fans including Batu, Laurel Halo and Low Jack. Away from Ansia, Piezo has released music on Orson’s seminal imprint Version, as well as on highly-regarded British labels including Idle Hands, Swamp81 and Wisdom Teeth, proving his strong connection with the UK underground music scene, and more specifically with the Bristol scene – city where he lived for a few years. He is also active in the sound art / interactive installations field, having been commissioned to work on several projects for private collectors and arts institutions (like MUDEC museum) and collaborating with Milanese art duo Invernomuto.

Piezo is also part of Tavolo Suono, the team responsible for the Saturnalia festival at Macao, the renowned Milanese underground music & arts space.

Piezo is a Milan-based electronic music producer, DJ and sound…