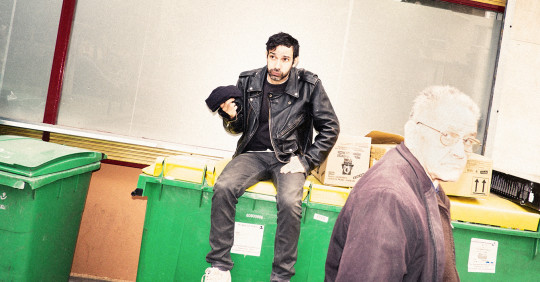 Quietly kicking around the New York City underground since the late-nineties, dj and producer Ron Morelli started the L.I.E.S. label in 2010 as an outlet to release the music of a tight knit group of individuals who were making tracks around the city. What started as a small project to release his own music and those of local producers, greatly evolved as more people came out of the woodwork with their contributions.

As time has progressed, the label continues to be a highly respected institution and consistent mainstay in the weird world of off-center electronic music. Releases have come from the likes of artists as diverse as techno pioneer Adam-X, Dutch synth master Legowelt, Black Dice’s Eric Copeland, Sandwell Districts Silent Servant, and Miami native Greg Beato to name a few.

On the production side, Morelli continues to work closely with New York City’s Hospital Productions imprint run by Dominick Fernow (Prurient, Vatican Shadow). 2015 saw the release of Morelli’s second full studio album, A Gathering Together while much of 2016 has been spent in the studio working on new material scheduled for release in 2017.