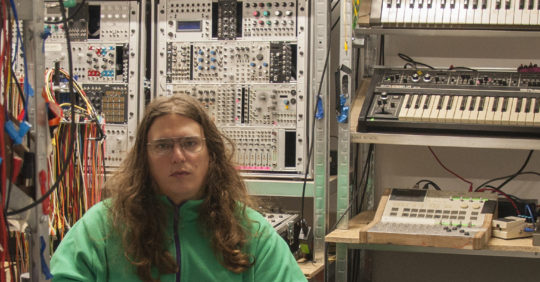 Charlie Aubry graduated from isdaT (fine art school in Toulouse) with honours. He quickly develops installations summoning various objects that he assembles, crafts and hijacks. These structures are often autonomous and activated with a programmed score and they frequently generate sound. At the same time, he develops performative music projects using short-circuited machines and various recordings that he accumulates resulting in a total confusion of sounds, mostly powered by a dirty beat. He performs under the name Sacrifice Seul. Since 2013, he has regularly collaborated with the company Maguy Marin. In 2014, he composed the soundtrack of the show « Bit » and then « deux mille dix sept » which he played live during the performance. In 2018, he created the music and scenography of the piece « Ligne de crête ».

Charlie Aubry graduated from isdaT (the Toulouse Art School) with…