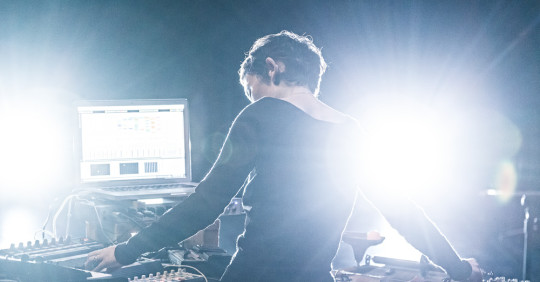 Sis_Mic is the new project by Pom Bouvier B., an eclectic artist: a video maker, scenographer, dancer and performer, especially influenced by her musical background. She has studied electroacoustic music for several years and her pieces have been played in several countries all over the world. Pôm Bouvier B.’s work includes various musical forms, as music for dance, installations, radiophonic création and concerts. Alone or in collaboration she works on projects that seek different kinds of public perception and listening.

Listen to a brand new SHAPE mix by French electroacoustic music composer Pom Bouvier b. a.k.a. Sis_Mic, produced for the London-based radio…

Beginning of this month (December 3 – 8), SHAPE had its second large showcase beyond Europe – 13 SHAPE artists played at…