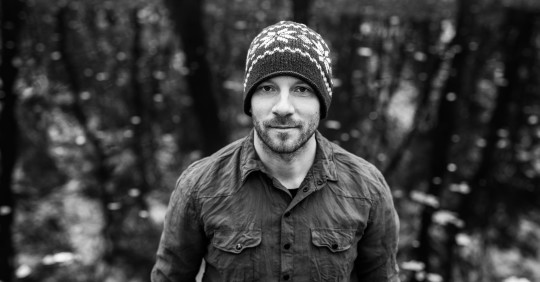 Wacław Zimpel is the most imaginative clarinet player in Poland. He is recognized both in his homeland and internationally. Since the very beginnings of his musical career, his recordings and performances were a subject of many positive reviews in the press and he has been a recipient of numerous awards. The numerous, varied projects he has lead often appeal to the musical traditions of India, Japan, or Morocco, proving that he excels the most when facing a genuine challenge. New York Times called him “musical chameleon”.

Zimpel is a thoroughly educated musician. He studied classical clarinet at the Akademia Muzyczna w Poznaniu (Music Academy of Poznań) and at the Hochschule fur Music und Theater, Hannover. His talent was quickly spotted by Mikołaj Trzaska and Ken Vandermark. The collaboration with these musicians brought Zimpel to the attention of a wider public – and the reactions were outright enthusiastic. Since 2008 he is one of the members of the Ircha Clarinet Quartet (with Mikołaj Trzaska, Michał Górczyński and Paweł Szamburski). In 2009 he joined the international ensemble Resonance, which is led by Ken Vandermark – an exceptional musician from Chicago.

Independence was Zimpel’s obsession since the very beginnings of his musical career. His own projects showcased first and foremost his talents as a composer, with the exceptional instrumental skills providing a strong background. His first international ensemble was Undivided, which besides Zimpel, Klaus Kugel, and Mark Tokar included legendary players Bobby Few and Perry Robinson. The band was very well received – especially on their first album, “The Passion”, where it took the challenge of translating a musical theme of a Christian Passion into free jazz.

Zimpel’s next project was Hera, which consisted of polish musicians from Poznań and Warsaw: Paweł Szpura, Paweł Postaremczak, and Ksawery Wójciński. The ensemble aimed to research the roots of improvisation: the liturgical music, the traditions of India, the African trance. It was a huge success, becoming Zimpel’s most recognizable ensemble and gaining a large and loyal following in the process.

Zimpel continued Hera’s experiments during his travels to southern India, where he studied the complex rhythmic / melodic traditions of the region with local musicians. Merging their vision with his European roots became the defining point of his next band, called Saagara. This ensemble relies on a powerful rhythm crafted by the instruments of southern India such as ghatam, khanjira, or thavil (a drum hitherto used mostly during the Hindu rituals). Complemented by Zimpel’s compositions and improvisations, this music provides an exceptionally universal statement.

Zimpel also appeals to other musical traditions. In 2012 he started to work with Maallem Mokhtar Gania – a Moroccan master of the gimbri (an African string instrument, somewhat related to the bass guitar), who specializes in rituals that fuse Sufi traditions and the African beliefs. In 2014 he invited to Poland the Japanese free jazz musicians Michyo Yagi (on koto, a traditional Japanese string instrument) and Tamaya Honda (on drums). The trio explored the musical traditions of Japan while remaining true to the spirit of free jazz.

Wacław Zimpel’s newest project is LAM. In this trio – which includes also Krzysztof Dys on piano and Hubert Zemler on drums – the main inspiration is the work of American minimalists. Here again he finds his favorite element of trance. The music is very restrained, which permits Zimpel to achieve an exceptional spatiality and clarity, those being currently the main elements of Zimpel’s musical experiments.

This is not, however, his first exploration into the realm of minimal music. In 2013 he created a very special nonet – the To Tu Orchestra. The band played Zimpel’s compositions, which were dedicated to masters such as La Monte Young, Terry Riley or Steve Reich. The band played only two concerts, with one of them released on CD (“Night Moves”). Those new inspirations led Zimpel to work with Grammy Awarded Evan Ziporyn, the founder of the Bang on a Can All-Stars and professor at the MIT, Boston, MA.

Wacław Zimpel was awarded the City of Poznań Artist Prize. In 2014 he was nominated to Paszort Polityki, the most important cultural award in Poland.

Ilias Pitsios (aka Dynamons) is the co-founder of the Greek…

Waclaw Zimpel is a classically educated Polish clarinetist. He studied…