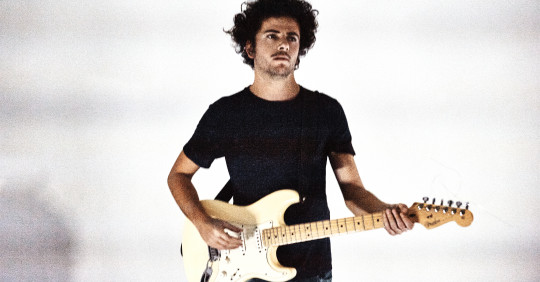 Julien Desprez is a musician and performer based in Paris. Jazz and rock were his early musical loves, but they evolved rapidly to free forms where body and space find their places through sound. As his practice progressed as well as his conception and approach to his instrument, the music and space changed. He is now considering the guitar more like a battery, an organ, a modifiable instrument deployable at will. Through a mix of actions on the instrument and a play of foot on effect pedals, taking inspiration from the technique of Tap Dance, it completely opened the possibilities, sound and physical environment of the instrument. This results in a practice where body is engaged to its fullest.

In this episode of SHAPE  platform’s monthly show on Resonance…

Julien Desprez was born in Paris. He first taught himself…

On this edition of our monthly SHAPE radio show on…

Julien was born in Paris. He taught himself to play…