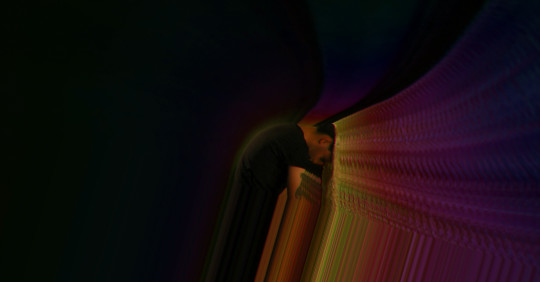 Peder Mannerfelt has been at the forefront of the Swedish electronic scene over the last decade. He’s collaborated under the pseudonym The Subliminal Kid with musicians such as Fever Ray, Blonde Redhead and Glasser and remixed the likes of Massive Attack, Lykke Li and Bat for Lashes. In recent years the prolific artist has released three studio albums as part of the experimental classical duo, Roll The Dice.

In 2013 Mannerfelt unveiled a new solo direction under his given name, with EPs Come Closer and Stockholm Recorded via We Can Elude Control. These were followed in 2014 by the succinctly titled I and II as well as a split EP on Stockholm Ltd with label boss Pär Grindvik. In 2014 Mannerfelt unleashed his debut LP Lines Describing Circles, a ten track album that was met with approbation by the likes of Juno Plus and Fact Magazine.

Alongside his burgeoning new artistic identity came a unique new Live PA, a machine-driven tour de force that he’s since performed at events worldwide, including Berlin’s Atonal and CTM festivals and Bunker in New York.

2014 also witnessed the birth of his label, Peder Mannerfelt Produktion; a channel established by Mannerfelt as a vehicle for his revised production focus, but also as a platform for like-minded artists such as Klara Lewis.

Listen to the Swedish producer Peder Mannerfelt perform live at…

Listen to a live set by Swedish electronic music producer…

In this hour-long broadcast, organizers of the Skaņu Mežs festival…

Ahead of Swedish experimental musician Peder Mannerfelt‘s upcoming performances at…

For the last decade, Peder Mannerfelt has been at the forefront of the Swedish electronic music scene. He’s collaborated under the pseudonym The Subliminal Kid with musicians such as Fever Ray, Blonde Redhead and Glasser and remixed the likes of Massive Attack, Lykke Li and Bat For Lashes.